A Tribute to the Dream (Boston, MA)

On Friday, January 25, 2019, Northeastern University President Joseph E. Aoun hosted A Tribute to the Dream: A Celebration of the Life and Legacy of Dr. Martin Luther King, Jr.

The event featured the premiere of a documentary on a CRRJ case, produced by Northeastern filmmakers Adam Fischer and Benjamin Bertsch, titled A Murder in Mobile. 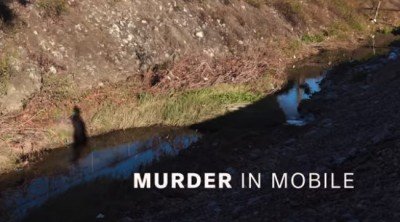 The film tells the story of the murder of Rayfield Davis, a 53-year-old resident of Mobile, Alabama who was beaten to death by Horace M. Miller, a 20-year-old co-worker on March 7, 1948. Miller abandoned Davis’ body in a drainage ditch on the side of the railroad tracks. CRRJ’s Kaylie Simon successfully petitioned the Mobile City Council, on behalf of the Davis family, to recognize Davis with a street sign on the road where he met his death. A commemorative event was held in Mobile in August 2018.

The film was followed by a conversation between Margaret Burnham and former Chief Justice of the Massachusetts Supreme Judicial Court, Roderick Ireland, now Distinguished Professor of Criminology and Criminal Justice. Danielle Ponder ’11, a graduate of the Law School and CRRJ, now a well-known artist, performed at the event.

“Our Archive is nested in other archives. The Meta-Archive, of which ours is a part, is that of African-American and Afro-diasporic protestation, resistance, and lamentation on the vicious regularity of violence inflicted on the black body, black existence, and black communities.”—Prof. Margaret Burnham

Prior to the event, CRRJ and the John D. O’Bryant African American Institute presented I May Not Get There With You: A Murder in Mobile, The Legacy of Rayfield Davis. This prelude event featured Chelsea Schmitz, who opened the investigation of the Rayfield Davis case in 2013 when she was a CRRJ student; Kaylie Simon, who organized the Mobile events; and Nichole Ulmer, Rayfield Davis’ great-niece. The panel was moderated by Shytierra Gaston, Professor of Criminology.

Photo 1: Students, faculty and staff filled the 17th Floor of East Village for A Tribute to the Dream: A Celebration of the Life and Legacy of MLK Jr. / Photo: Matthew Modoono/Northeastern Univ.