The central tenet of restorative justice is that the justice process belongs to the community.

As implemented by CRRJ, restorative justice is crafted to speak to the descendants of racial terror, foster accountability, support reparations, honor the healing process, memorialize victims, and further racial reconciliation.

We promote truth proceedings, official apologies, and memory projects to acknowledge this racialized past. These processes contribute to reconciliation by educating citizens through the public debates they stimulate and by providing structures for genuine interactions between alienated groups.

TEXAS – Joyce Faye Crockett Nelson, who was shot in October 1955 in the course of a murder that took the life of her cousin John Earl Reese, in 2009 was able to tell the story of what happened to public officials for the first time. CRRJ facilitated Ms. Nelson’s conversation with County Commissioner Mike Pepper and Rusk County Mayor Buzz Fullen.

ALABAMA – In 2012, CRRJ Fellow Chelsea Schmitz facilitated a conversation between Mobile City Councilman Fred Richardson and the family of Rayfield Davis. Davis was murdered on March 7, 1948, by a white man, Horace M. Miller, who became enraged when Davis anticipated that the new Truman administration would bring equal rights to the South. GEORGIA – On January 26, 2017, Louis Dekmar, Police Chief of LaGrange Police Department in Troupe County, apologized for the killing of Austin Callaway, which occurred in September 1940. The investigative work of CRRJ student Jason McGraw led the Callaway family to push for the apology.

GEORGIA – On March 10, 2018, CRRJ joined the family of Henry “Peg” Gilbert to reflect on his life. Harris County Sheriff Mike Jolley extended an official apology to the Gilbert family for his murder in 1947. Read more or View the film

MISSISSIPPI – On March 17, 2018, Police Captain Grover presented a resolution from the City of Fayette recognizing and apologizing for the 1948 killing of Samuel Bacon, at an event to honor his life and legacy at the the Natchez Museum of African American History and Culture. Read more

LOUISIANA – On April 28, 2018, Mayor Belinda Constant presented a proclamation apologizing for the 1948 murder of Royal Cyril Brooks on behalf of her city of Gretna, at the Mount Pilgrim Baptist Church in Harvey, LA. Read more Engaging the Families of the Perpetrators

The investigation of CRRJ students Tara Dunn and Gueun Ariel Lee in 2015-16 on the case of Henry Peg Gilbert and Gus Davidson produced a comprehensive account of the intertwined lives of these two men:

GEORGIA – On May 4, 1947, Gus Davidson accidentally hit a calf while driving in Troup County. The calf belonged to Olin Sands, a white man. According to Davidson, Sands pulled a gun on him and he shot back in self-defense, killing Sands. Davidson fled. This occurred near the Union Springs Baptist Church, where Henry Gilbert was a deacon.

On May 23, Henry Gilbert was found dead at the Harris County jail in the city of Hamilton. He had been shot and beaten by Police Chief W.H. Buchanan.

In 2015, connected through CRRJ, the granddaughter of the Harris County Sheriff, Karen Branan, apologized to Gilbert’s daughter Recie for the role her family played in his death. Ms. Branan’s grandfather had been an influential figure in the county when Gilbert was killed in 1947. Ms. Branan continues to engage with the family and donated money to fund a gravestone.

TEXAS – Iin 1955, John Earl Reese, age 16, was murdered in Gregg County while in a cafe with his cousins. After killing Reese, the shooters drove to the African American community of Mayflower and shot into homes and a church. Two white men confessed to the shooting, but local authorities were indifferent to the murder. The first, Perry Dean Ross, was judged by an all-white jury for murder “with malice aforethought” and recommended a 5-year suspended sentence. Ross was immediately released. The other man, Joe Reagan Simpson, was also indicted for the murder, but the indictment was eventually dismissed.

In 2017, Sandra Simpson-Kraft learned that it was her father who killed John Earl Reese by reading CRRJ ‘s research on the case. Ms. Simpson-Kraft is now working hand in hand with CRRJ to engage with the Reese family and on other CRRJ projects. The Reese family is named in her will.

TEXAS – CRRJ helped to secure a new gravestone for John Earl Reese, who was killed on October 23, 1955, in East Texas. The gravestone was unveiled on October 23, 2010, in the presence of many family and community members, including his cousin Joyce Faye Crockett Nelson who was also shot in the same attack.

TEXAS – In August 2016, CRRJ provided a burial marker for Ellis Hutson Sr. who was killed on March 13, 1948, at the Nacogdoches County Courthouse when he was attempting to bail his son out of jail.

TEXAS – In 2017, civil rights markers were erected in the local library in Tatum and in front of the Black church in Mayflower, TX that was shot up on the night John Earl Reese was killed in 1955. As a result of a community campaign, local officials re-named the street where Reese grew up.

MISSISSIPPI – In March 2018, CRRJ held a commemorative event in Natchez, Mississippi to honor the life of Samuel Bacon, who was murdered in his cell on March 15, 1948 by the Fayette Town Marshall. The family also gathered around Mr. Bacon’s new gravestone. Read more GEORGIA – On November 14, 2013, in Alston, GA, CRRJ, the UNESCO Transatlantic Slave Trade Project, and the Rosewood Heritage Foundation came together to commemorate the life of Isaiah Nixon, who was killed for voting in 1947 leading his wife and children to flee to Florida. For many of Nixon’s family members, this commemoration was the first time they had returned to their birthplace in Alston. 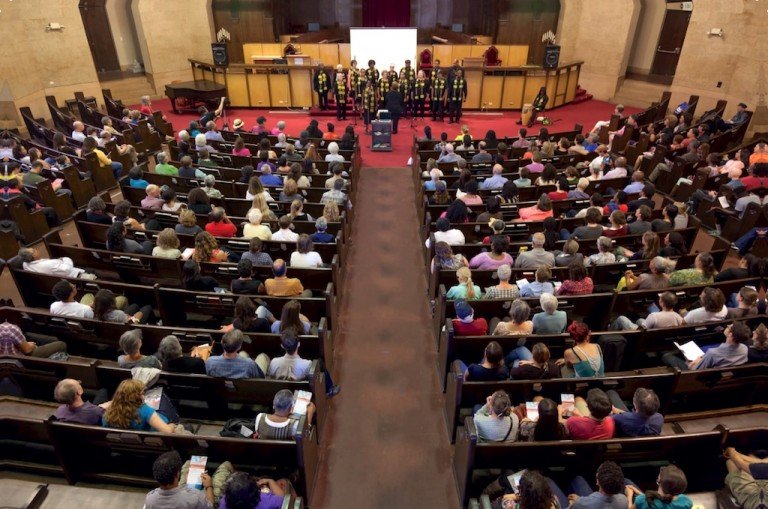 TEXAS – On August 20, 2016, CRRJ and the Hutson family returned to the Nacogdoches County Courthouse where the killing of Ellis Hutson, Sr. had taken place in 1948, and declared Mr. Hutson to be a civil rights martyr. Also participating were Community in Progress, the Nacogdoches NAACP, and Judge Mike Perry of the county court.

GEORGIA – CRRJ’s investigative work on the Austin Calloway, Henry Peg Gilbert, and Gus Davidson cases led to an event on March 20, 2017, in Troup County, GA. The Equal Justice Initiative installed a marker honoring Austin Callaway. The families of Mr. Gilbert, Davidson, and Calloway were in attendance. CRRJ student Tara Dunn addressed a national audience gathered at a church in the county.

PENNSYLVANIA – In February 2018, CRRJ sponsored the exhibit “The Story of Thomas Mattox” at the Philadelphia History Museum. Thomas Mattox was 16 years old when he fled for his life to Philadelphia from Elbert, GA with a lynch mob at his heels. He was arrested in Philadelphia on an extradition warrant, and was represented by Raymond Pace Alexander, whose arguments persuaded Judge Clare G. Fenerty that young Mattox would not receive a fair trial and would likely be lynching if he were sent back to Georgia. Read more

GEORGIA – On March 10, 2018, CRRJ joined the family of “Peg” Gilbert and Mae Gilbert to reflect on their lives and recall the police murder of Mr. Gilbert in 1947. Read more

LOUISIANA – On April 28, CRRJ and Cambridge Rindge & Latin High School’s Kimbrough Scholars commemmorated the life of Royal Cyril Brooks with his family descendants and community members. Royal Brooks was murdered in 1948 by a police officer in Gretna. His great-grandchildren participated in a Second Line, led by the New Breed Brass Band. Read more John Earl Reese’s death certificate in 1955 reported his death as an “accident,” when in fact it was a racial killing. In 2010, CRRJ caused the official death certificate to be changed to reflect that the death was a homicide. 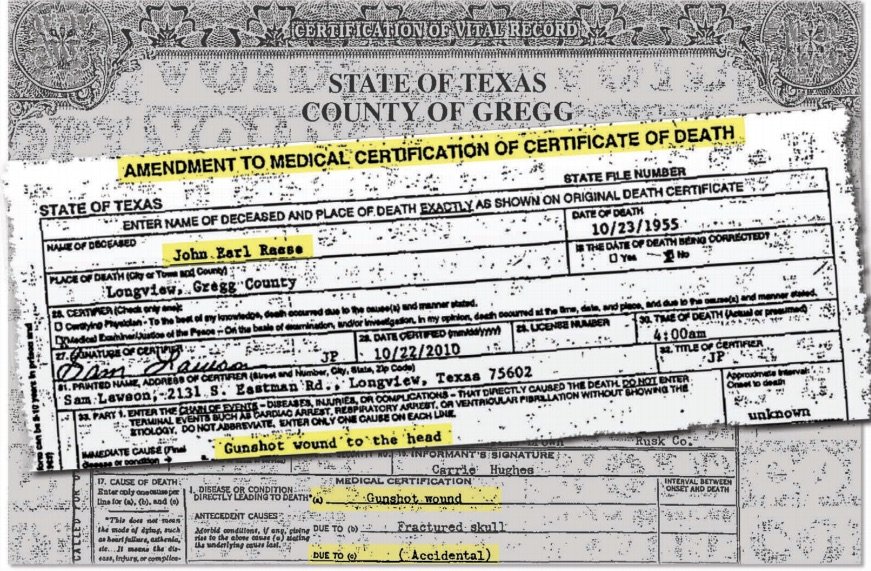 In 2010, CRRJ served as legal adviser to the Union of Minority Neighborhoods, a Boston community organization, on its Boston Busing Truth and Reconciliation Project to examine the legacy of the 1970s-era desegregation crisis. 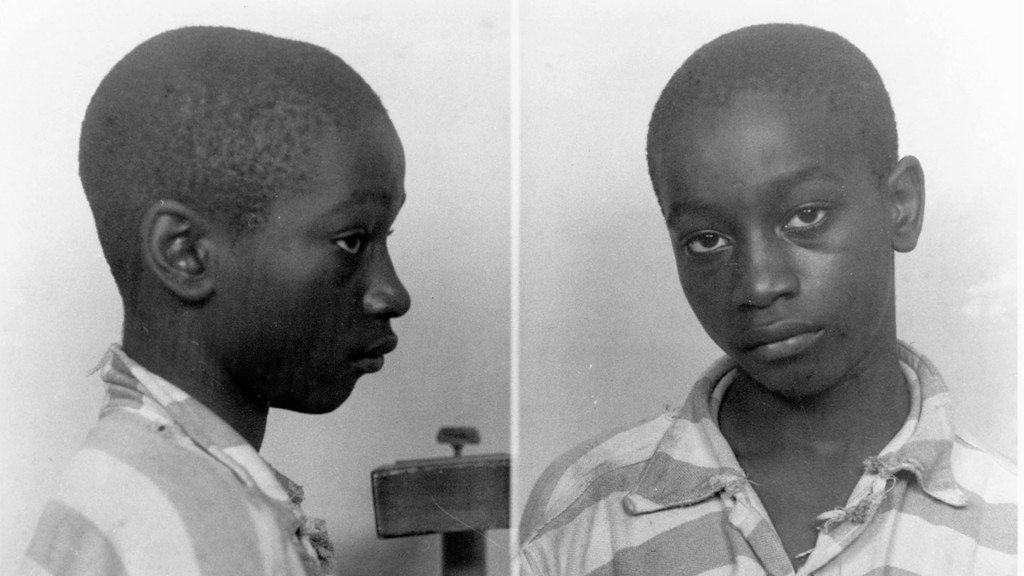 In 2015, with CRRJ’s legal research, a civic group in Tallahassee sought to transform the Leon County jail (now the Firestone Building) from which the teenagers Richard Hawkins and Ernest Ponder were kidnapped in 1937, and the site where civil rights activists were beaten in the 1960s, into a museum and educational venue.

In 2016, CRRJ sponsored a congressional briefing on the Emmett Till Civil Rights Cold Case Act in Washington, giving members of Congress an opportunity to hear first-hand from family members of victims whose cases were brought to light for the first time by CRRJ.

Engaging in the Arts

CRRJ intern Michelle Wells wrote and produced the play, The War at Home.

On the John Earl Reese case, a community member commissioned a painting about the incident of racial violence.

Toni Morrison (pictured), Isabel Wilkerson, and many other writers have met with survivor families at Northeastern University. 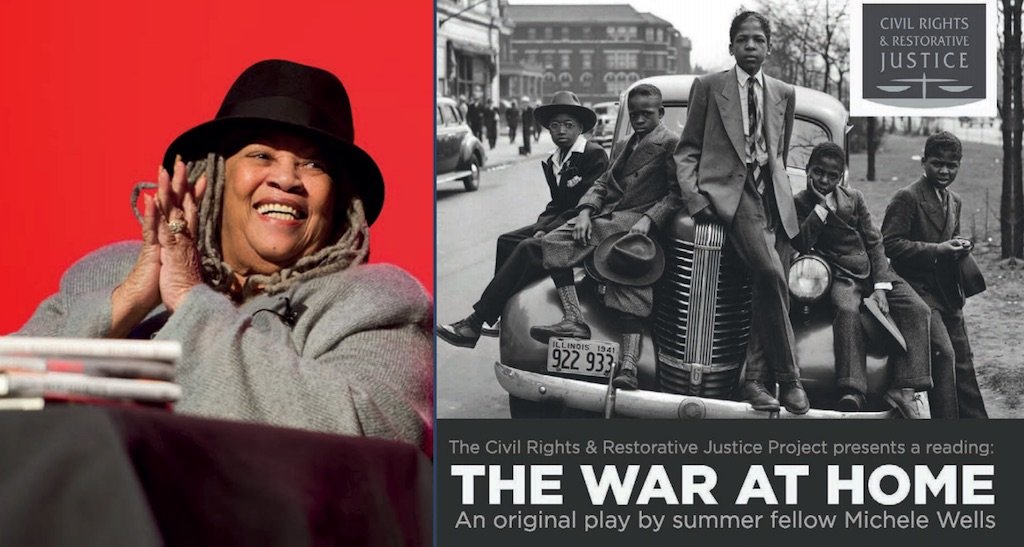 CRRJ partners with Cambridge Rindge and Latin High School to operate the Kimbrough Scholars program. The program engages high school students in our investigative process and teaches research and interview skills while the students learn history on the ground.

CRRJ developed curricular materials based on the John Earl Reese case for use at Tatum High School in Tatum, TX.