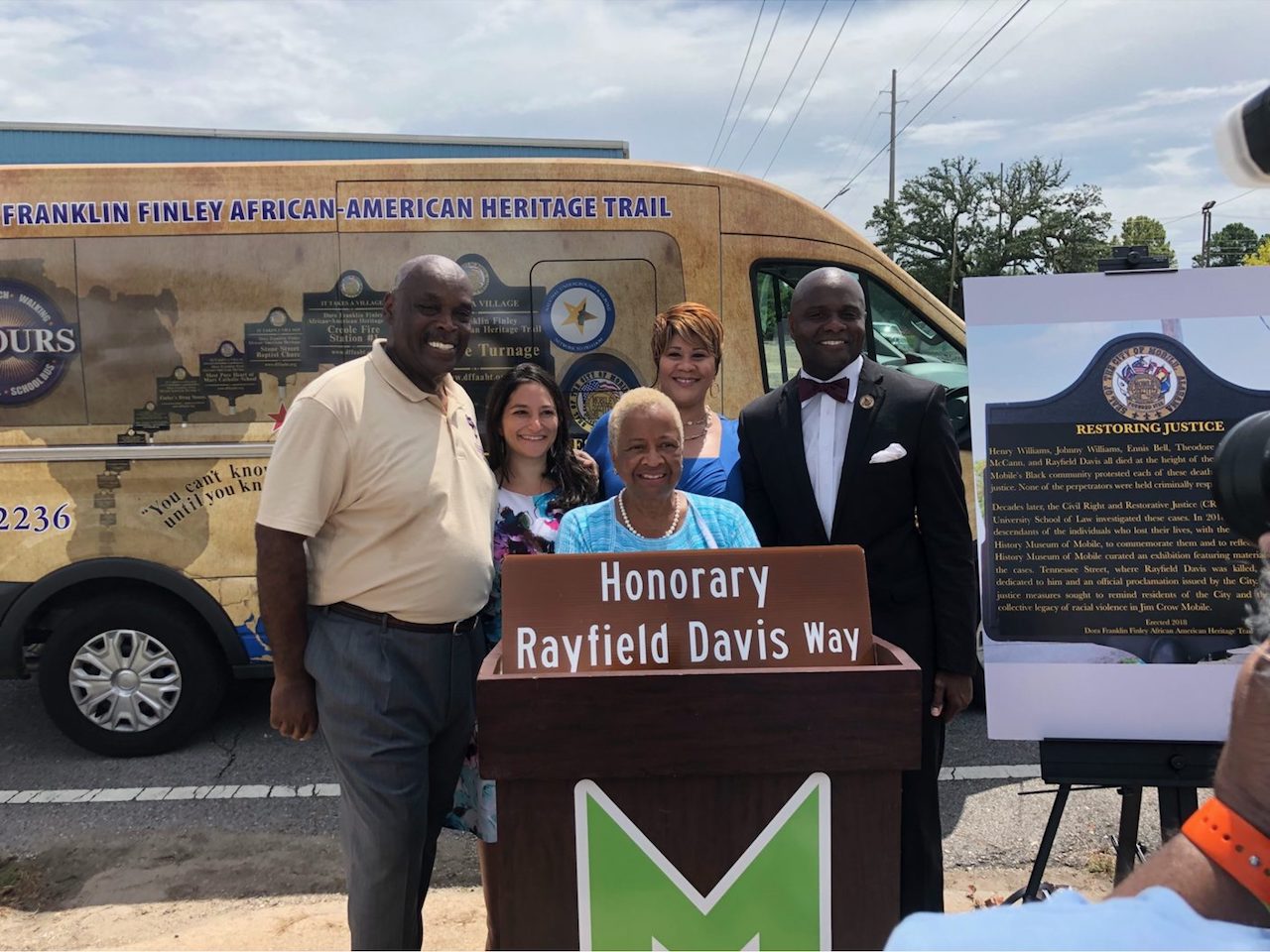 Remembering the 1940s in Mobile, AL

Decades after these 1940s murders, CRRJ investigated these cases.

On August 18, 2018, CRRJ brought together descendants of the individuals who lost their lives with the City of Mobile and the city’s History Museum to commemorate them and reflect on their lives. The History Museum curated an exhibition featuring materials associated with the cases. Broad Street, where Rayfield Davis was killed, was permanently dedicated to him. The Dora Franklin Finley African American Heritage Trail unveiled a plan for a marker featuring the six men and these restorative efforts. Mobile Police Chief Lawrence Battiste publicly apologized to the families, three of whom lost their lives to law enforcement officers.

On August 15, 1942, Private Henry Williams was traveling to base at Brookley Air Force when he asked the driver, Grover Chandler, to keep to the schedule in order for him to return by curfew. Chandler shot Williams to death as he disembarked.

On May 22, 1943, Johnny Williams disputed a transaction with Superior Cleaners, whereupon the manager shot him to death.

On July 28, 1943, Ennis Bell, was arrested for stealing food. Bell escaped from jail and went home, where detectives Paul Buck and Edwin Tuthill located him and shot him to death.

On April 15, 1944, Private Theodore Wesley Samuels, on active military duty, was home on furlough and in uniform when he was beaten and then shot to death by city and military police officers.

On July 8, 1945, Private Prentiss McCann was observing a dice game when he was shot to death by Officer Melvin Porter, who fired the fatal shots from his police vehicle.

On March 7, 1948, Rayfield Davis, 53-years-old and employed at Brookley Field, invited 20-year-old Horace Miller to share a beer. Miller retorted he did not socialize with blacks, whereupon, citing President Truman, Davis asserted that blacks would soon be equal under the law. Miller then beat Davis to death.

Mobile’s black community protested each of these deaths at the time and called for justice. None of the perpetrators were held criminally responsible. 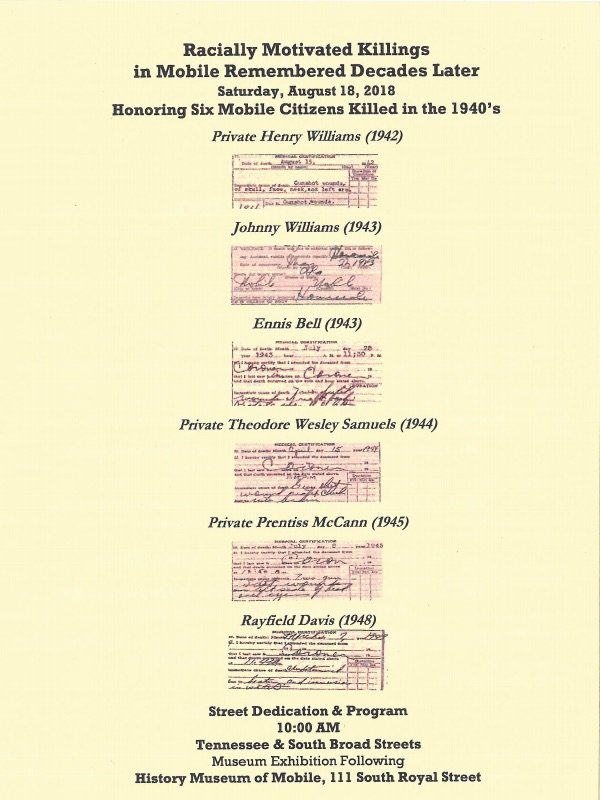