“The Story of Thomas Mattox” at Philadelphia History Museum

On February 10, 2018, CRRJ hosted “The Story of Thomas Mattox” at the Philadelphia History Museum.

Organized by CRRJ Project Director for Restorative Justice, Kaylie Simon, the event commemorated Thomas Mattox, a 16 year old who in July 1942 fled to Philadelphia from Elbert County, Georgia in order to escape a lynch mob, as well as his counsel, Raymond Pace Alexander, and Philadelphia Judge Clare Gerald Fenerty, who both strived to deny his extradition. It aimed to bring together members of the Mattox and Fenerty families and honor the courage of their relatives. Speaking at the event was CRRJ Director Margaret Burnham, Sara Kominers (NUSL’ 15) who uncovered the case as a CRRJ student, and Assistant U.S. Attorney Gerald B. Sullivan, grandson of Judge Fenerty. 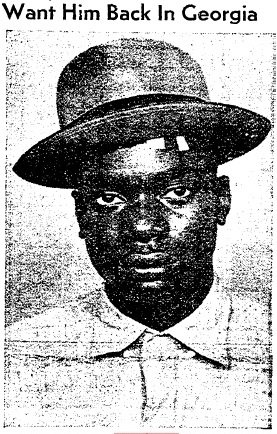 Mattox’s alleged crime entailed defending himself and his young sisters from a severe beating by a white motorist, resulting in his attacker suffering a minor laceration. Knowing he had a few hours at best, Mattox boarded a train and made north to the refuge of a relative in Philadelphia. After Mattox’s flight, Elbert County law enforcement arrested and detained his two sisters for three months, and the children’s mother was severely beaten in order to extract information as to Mattox’s whereabouts. No steps were ever taken to arrest or criminally sanction her attackers.

Within months, Thomas Mattox was arrested and faced with an extradition warrant signed by the governor of Georgia. Despite legal protests to extradition having very rare success, his case was taken on by legendary attorney Raymond Pace Alexander, who brought habeas corpus proceedings before the Philadelphia Common Pleas court. Alexander was tasked with arguing that the near iron-clad presumption that fugitives would be afforded due process in a requesting state could not apply in Mattox’s case. Fate would have it that the case would be heard by Judge Clare G. Fenerty, who took full account of Alexander’s evidence that Mattox would not receive a fair trial, including records of pervasive lynching occurrences in Georgia.

The Solicitor General representing Elbert County attempted to have Fenerty recused from hearing the case on the basis he had sponsored anti-lynching legislation in his prior tenure as a member of Congress.

In response, Judge Fenerty issued a stinging rebuke in his judgment, holding that:

“There can be no presumption of protection for the accused from murderous violence when the prosecuting attorney – charged with the duty of insuring this protection – expresses such bias and prejudice.”

He then proceeded to find that Mattox was in danger of mob violence if returned, and denied extradition. The strength of Fenerty’s reasoning would see his decision upheld by the Pennsylvania Superior Court, which also found that Mattox was “in grave danger of being lynched or abused by mob action.” Upon being freed, Mattox settled in Philadelphia and was joined by family members. He passed away in 2008, aged 84.