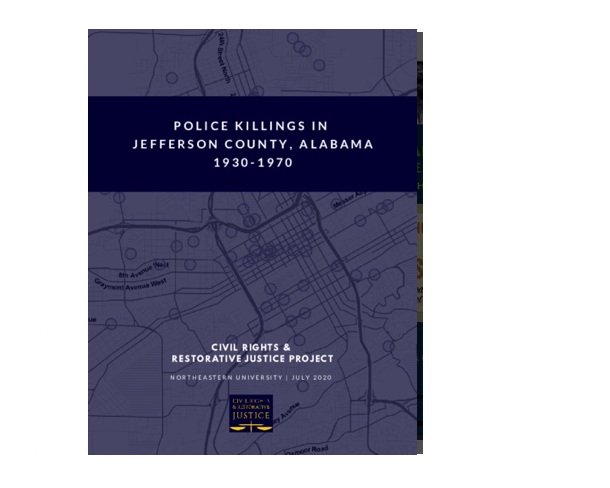 In 2017, CRRJ convened a gathering on historical racial violence, lynching, and other forms of domestic terror at the Birmingham Civil Rights Institute (BCRI). Since then, CRRJ has uncovered 127 cases of police slaying in Jefferson County from 1930 to 1970. Of the victims in these cases, 123 (96%) were African American.

On March 10 and 11, 2020, CRRJ hosted the convening “Remembrance and Repair: Police Violence in the Jim Crow Era” at the BCRI. This second convening brought together family members of those killed by police officers in Jefferson County from 1930-1970 to discuss the continuing effects of this history and to honor their loved ones. The families were joined by public officials, community members, and experts in restorative justice, historical injustice, and criminal justice.

CRRJ has compiled the report Police Killings in Jefferson County, Alabama: 1930-1970 to present findings from its investigations of historical killings perpetrated by law enforcement in Birmingham and Jefferson County.

The 127 cases in Jefferson County reveal patterns about the nature of police violence during this period. For example, CRRJ’s investigations reveal that many police officers in Birmingham and Jefferson County were implicated in multiple killings during their careers—CRRJ identified at least 20 officers who were involved in more than one fatal shooting. Records suggest these officers were rarely disciplined, removed, or otherwise held accountable for this conduct. Full and thorough investigations of these police killings were infrequent, and legal action was even rarer. CRRJ identified only 2 cases in which the officers involved were prosecuted; both resulted in acquittals.

In addition to analyzing historical police killings in Jefferson County, the report describes ways other cities can render their own accounting, and suggests why an historical lens should be used by those seeking to transform and reimagine policing today.

View the report
to top