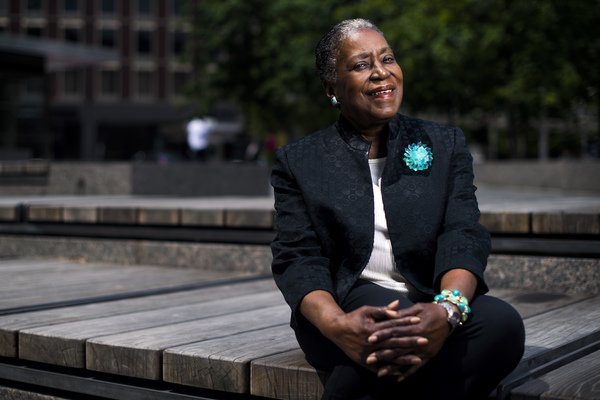 Charlotte Matthews-Nelson, program co-ordinator for Northeastern Law School’s Center for Law, Equity and Race (CLEAR), was honored at the unveiling of the new statue of Martin Luther King Jr. and his wife, Coretta Scott King, on Boston Common last week.

Matthews-Nelson is one of 69 civil rights leaders in Boston whose work was recognized at the celebration last week. Her name is engraved alongside her late husband’s, Leon T. Nelson, founder of the Greater Roxbury Chamber of Commerce, on a plaque embedded in the paving stones surrounding the new statue, titled “The Embrace.”

A Northeastern graduate, Matthews-Nelson has worked at the university since 1979. Decades of service, her activities with the NAACP and her role in local leadership have created opportunities for communities in Boston’s Roxbury neighborhood and beyond.

Read the full article about the statue unveiling here.