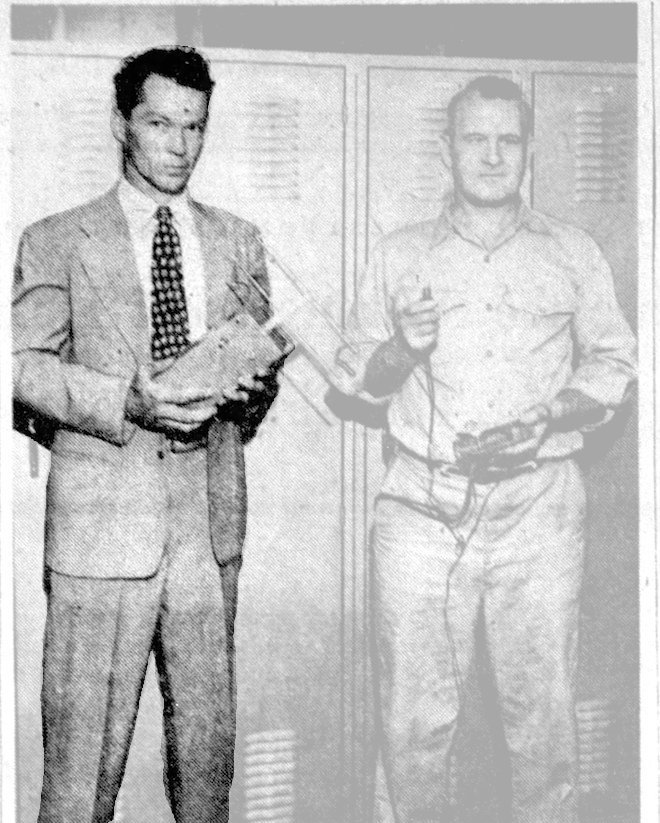 Officer James Albert Hale, Jr. was involved in the deaths of five African American men in the span of less than eight years, from 1943-1950.

In two of the five cases, the victims were armed with guns, and according to reports in the white press, dangerous. In two other cases, Hale and his partners claimed that the victims were armed with guns, but there were no corroborating witness accounts. In the fifth case, the victim was by all accounts unarmed and fleeing. Each killing was deemed a “justifiable homicide” by the Jefferson County Coroner’s office.

It does not appear that Hale was ever disciplined in relation to any of these incidents. He was, however, docked a day’s pay in 1960 for wearing overalls to work.

Hale was first approved as a patrolman to the Birmingham Police Department on September 14, 1940. While still a beat cop in 1948, he was tasked with transporting Idaho Senator Glen Taylor, a famous anti-segregationist, to jail for entering a building through a door marked for black people. In May of 1949, Hale was indicted on charges of assault and battery for beating a white woman with a rubber hose. Five months later, those charges were dropped because the complaining witness listed him as “Jimmie Hale,” rather than “James Hale,” on the warrant.

Hale went on to receive a promotion from patrolman to Detective in 1951, and he worked in the vice department. On May 22, 1961, he was promoted to Sergeant. Hale died in 1983.