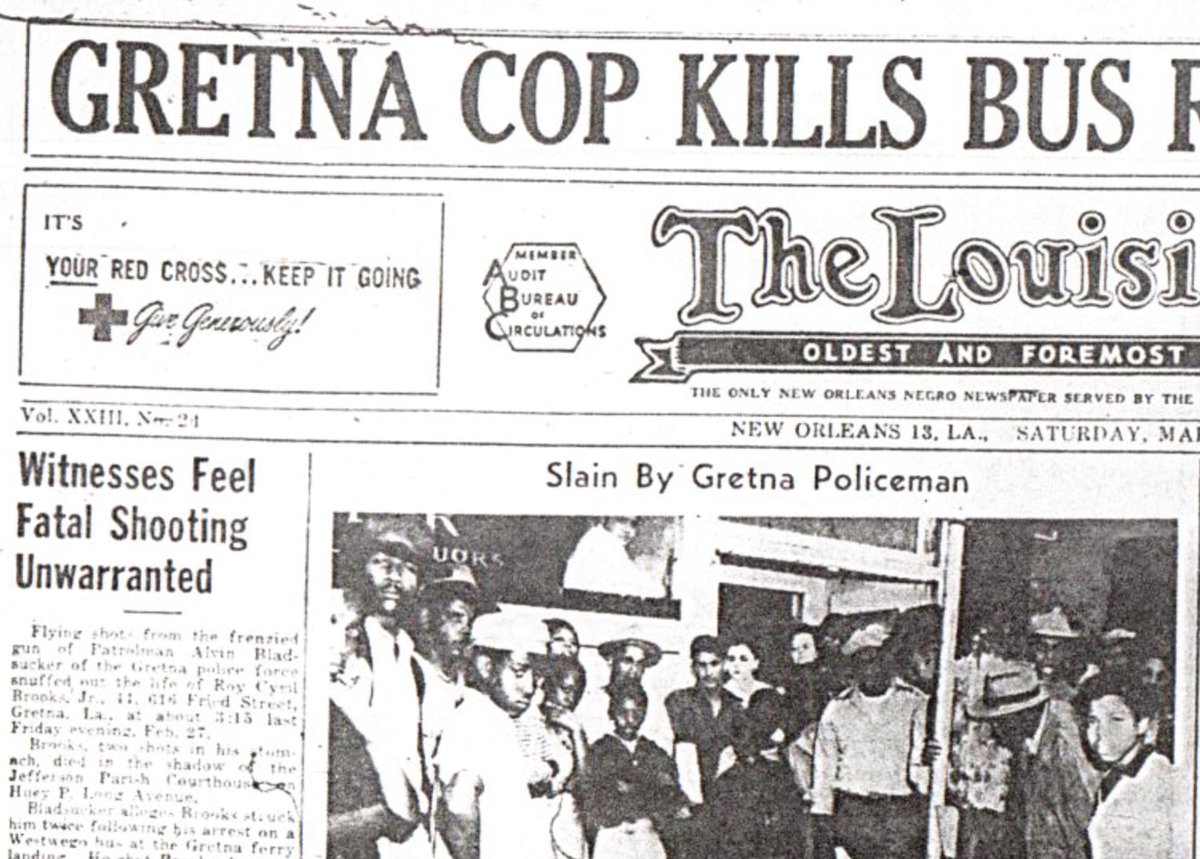 It took an official from Idaho to bring the Feb. 27, 1948, killing of 44-year-old Royal Cyril Brooks Sr., an unarmed Black man, by white Gretna Police Patrolman Alvin Bladsacker after a misunderstanding and scuffle on a public bus to the attention of federal officials. This speaks, in historical hindsight, to the virulent, suffocating system of Jim Crow laws and oppressive societal mores that wracked Louisiana and the rest of the South for much of the nation’s history.

Sen. Glen Taylor Taylor might never have known about the case had it not been for the reporting of The Louisiana Weekly, which included a shocking photo of Brooks’ son and namesake sitting next to his father’s body as it lay on the ground.