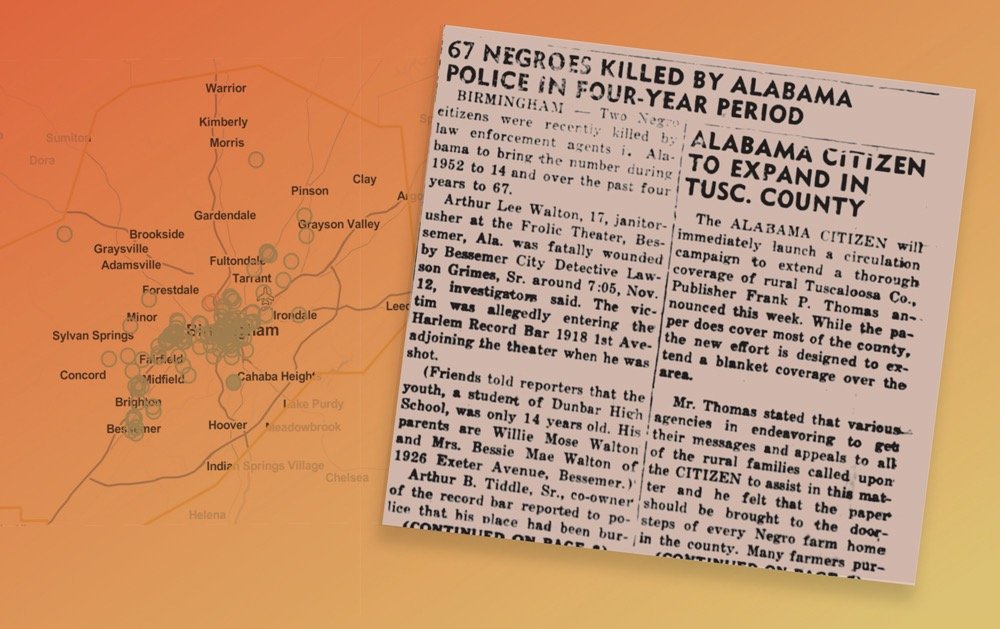 Between 1930 and 1970, at least 144 African Americans were killed by police officers in Jefferson County, AL; 129 of those incidents occurred in Birmingham alone. Working with CRRJ at Northeastern University School of Law, Diane Harriford, Professor of Sociology, Women’s Studies, and Africana Studies and three students worked to investigate 14 of that city’s cases and helped to facilitate healing among the victims’ survivors, as part of a Vassar Intensive.