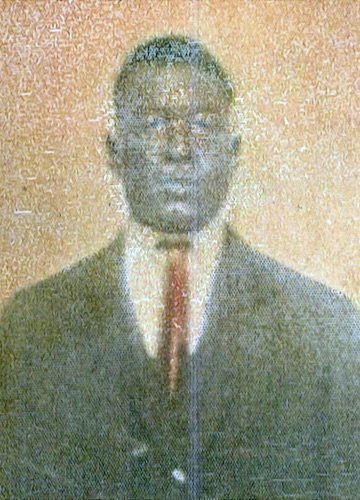 On March 13, 1948, Ellis Hutson Sr. was shot and killed by Constable Travis Helpenstill at the Nacogdoches County Courthouse in Nacogdoches, Texas. On May 28, 1948, Helpenstill was indicted by a state grand jury for first-degree murder. On June 10, 1948, a jury acquitted him. Hutson Jr., with the help of the Dallas branch of the NAACP filed a civil suit in state court against Helpenstill, which resulted in a $500 settlement on June 14, 1949. On February 20, 1950, a federal grand jury indicted Helpenstill for the unlawful arrest and assault of Hutson Jr. which resulted in a nolo contendere plea for violating Hutson Jr.’s civil rights under 18 U.S.C. § 52. The court imposed a 90-day suspended sentence.