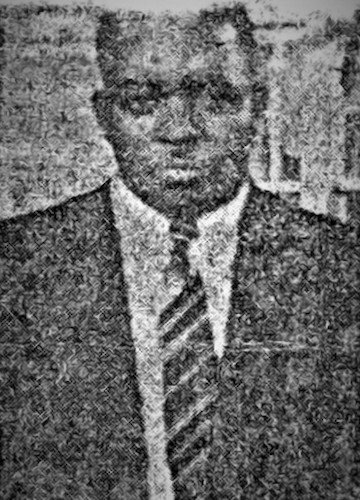 On June 23, 1940, the beaten, bruised, and shot body of Elbert Williams, a member of the Brownsville Chapter of the NAACP, was found drowned in the Hatchie River outside Brownsville, Tennessee. In May 1940, members of the newly formed Brownsville Chapter engaged in voter registration activity were threatened and was turned away by city officials. On June 16, 1940, the Night Marshal, Tip Hunter took Elisha Davis, an NAACP leader, property owner, and gas station manager, from his home to the Hatchie River. A mob of approximately 60 men threatened Elisha to give up the names of the NAACP members and warned that if he ever came back to Brownsville they would kill him. Elisha fled leaving his family, business, and home behind. State and local government poorly investigated the case and a special session of the grand jury returned a no true bill. The federal investigation was similarly fruitless and yielded no indictments. The case received considerable attention due to the involvement of Walter White and Thurgood Marshall, then NAACP Counsel. The NAACP conducted a parallel investigation of the case and provided the federal government with much of the information needed to bring the perpetrators to justice. But justice was never served. Elbert Williams’ murderers remained free. The same individuals who banished Elisha were never punished. The Davis family was never compensated for their property loss. There have been no events that have recognized the contributions of Brownsville Chapter NAACP members in securing the right to vote.

The collection includes: case summary, death certificate, photograph of Elbert Williams, CRRJ student’s essay “In the Absence of Governmental Protection: The Struggle of the Brownsville NAACP to Secure the Right to Vote”

The Fight to Vote: Black Voter
Suppression in Tennessee | The Citizenship Project | NPT