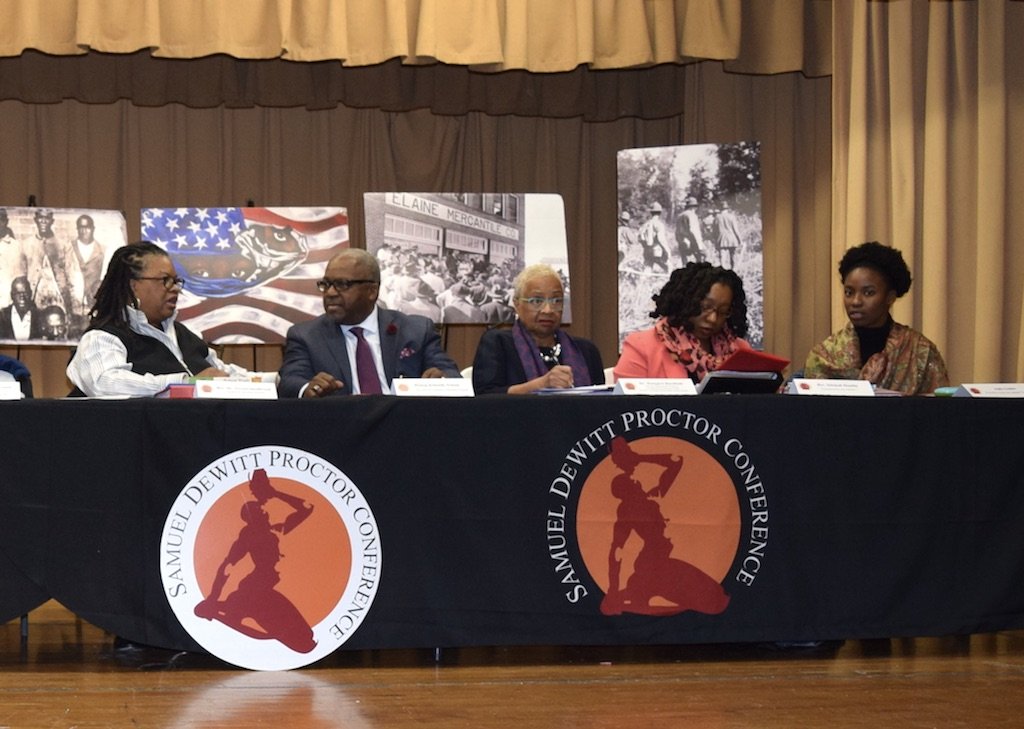 On February 5, 2019, Professor Burnham served as a commissioner at the Elaine Massacre of 1919 Remembrance event at the Elaine Legacy Center in Arkansas. Professor Burnham joined victims’ descendants, community residents, and conferees from across the country. The event opened a space for family members to share what happened to their ancestors during the 1919 massacre and fostered dialogue on reparations.

This centennial commemoration was sponsored by the Samuel DeWitt Proctor Conference, a UN NGO and organization of progressive African American faith leaders and their organizations, and by the Elaine Legacy Center.

The 1919 Elaine Massacre was one of the bloodiest racial conflicts in US history.  The precipitating cause was a campaign by black sharecroppers and tenant farmers to form a union and to pursue market prices for their cotton rather than forced sales to plantation landlords. In the spring of 1919, the Progressive Farmers and Household Union (PFHUA), a national organization, captured the attention of Elaine farmers, particularly returning World War I veterans.

On September 30, 1919, during a PFHUA meeting in Elaine, gunfire erupted between PFHUA members and armed white men, resulting in a white man’s death. The local sheriff formed a posse of whites who trekked from Louisiana, Mississippi, Tennessee, Alabama and Missouri to attack black residents. On the order of Governor Charles Hillman Brough, federal troops descended on the county and together, with the white mobs, began killing black residents. Reports place the death toll at an estimated 237 black Elaine residents, including children. Some scholars, however, believe the number is much higher. Griffin Stockley, author of the book Blood in Their Eyes: The Elaine Race Massacres of 1919, suggests that an estimated 856 blacks lost their lives in the massacre.

Indicted for their involvement in the events were over a hundred black men and women. Twelve individuals were charged with murdering a white man and sentenced to death. Their release was secured by virtue of the landmark Supreme Court case, Moore v. Dempsey. No one was ever charged for the deaths of the African Americans killed in the pogrom.

From 2011 to 2012, CRRJ collaborated with Professor Adjoa Aiyetoro at the University of Arkansas Bowen School of Law to identify and honor those killed. NUSL students Colleen Youngdahl in the Winter of 2011 and Jessica Yamane in the Fall of 2012 worked on the project. 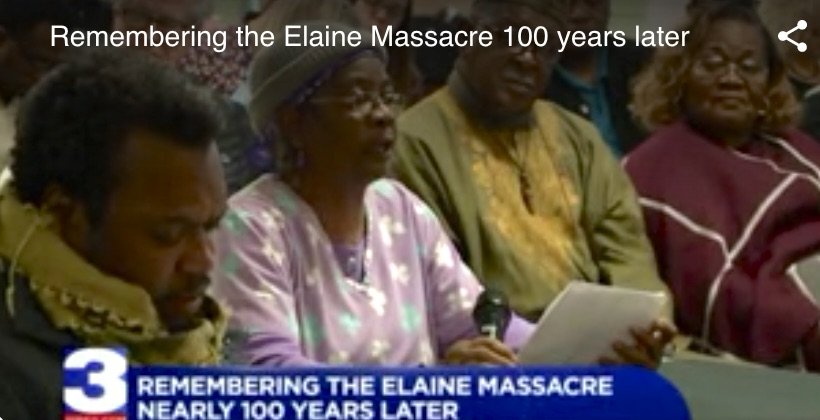