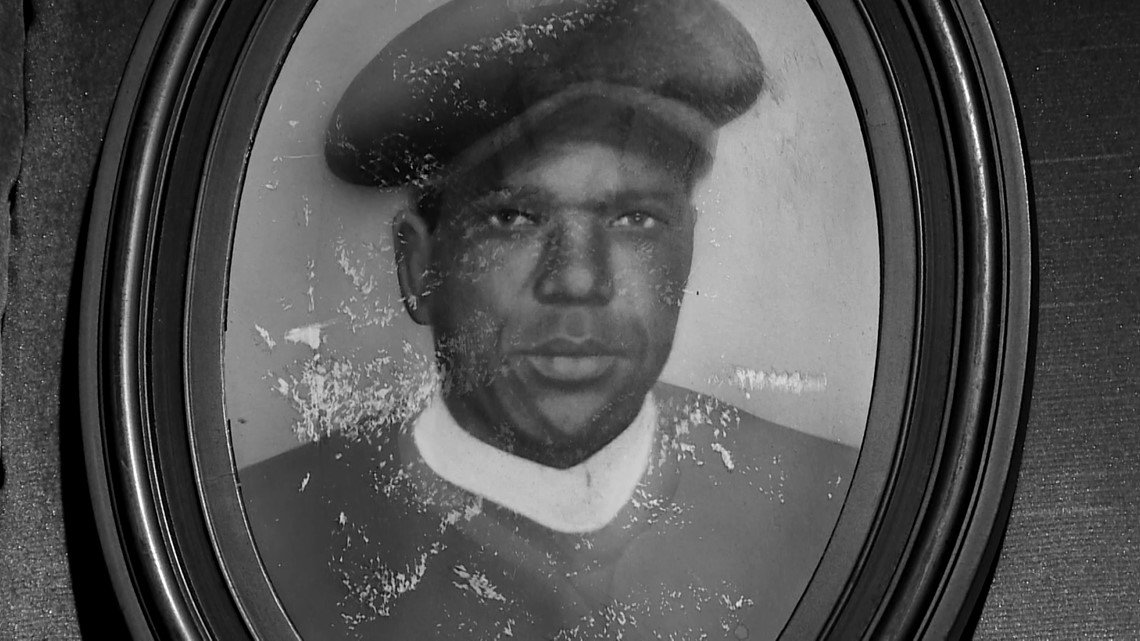 On April 28, 2018, CRRJ and the Kimbrough Scholars from Cambridge Rindge & Latin High School joined the family of Royal Brooks at the mount pilgrim baptist church to honor the life and legacy of Royal Brooks.

Brooks was shot by Patrolman Alvin Bladsacker after being removed from a bus at a ferry landing terminal in Gretna, LA. A woman had boarded just before Brooks, but had already paid her fare before realizing she was on the wrong bus. His offer to ride the bus in her place in exchange for a nickel was viewed as a transgression by bus driver Preston Herbert, who called for Bladsacker to arrest Brooks.

Mayor Constant read an official proclamation on behalf of the city.

The commemoration also included a grave dedication ceremony and a second-line brass band. Below, readers will find footage from the event.

…Whereas, February 27, 2018 marked the 70th memorial anniversary of the death of Mr. Royal Cyril Brooks. We acknowledge this incident and formally apologize to the family for having to endure such injustice. Now, Therefore, I, Belinda C. Constant, Mayor of the City of Gretna, on behalf of all elected officials of the City of Gretna, would like to recognize the injustice bestowed upon Mr. Royal Cyril Brooks in 1948. Today, April 28, 2018 we join the Civil Rights and Restorative Justice Project (CRRJ), as well as the Kimbrough Scholars in this endeavor to honor Mr. Brooks and recognize his life and legacy.”

On February 27, 1948, Royal Brooks was in line for the bus at Ferry Landing in Gretna. The fare was just one nickel. The woman in front of him, whose name escaped history, paid her fare and then realized that she was on the wrong bus. She requested her nickel back, but the bus driver, Preston Herbert, said no. Mr. Brooks gave the woman his nickel and offered to ride on her fare — a common practice in those days.

Mr. Brooks’ simple plan outraged the driver, Preston Herbert. He insisted that Mr. Brooks pay another nickel. An argument ensued when Mr. Brooks defended his action. Preston Herbert flagged down a nearby traffic officer, Alvin Bladsacker, who boarded the bus. When Royal Brooks tried to explain what happened, Bladsacker hit him with a blackjack and ordered him off of the bus. He then un-holstered his service weapon, pressed it against Mr. Brooks back and marched him at gun point towards the nearby courthouse, where the jail once stood. After walking just about one block, he shot Mr. Brooks twice in front of hundreds of people on Huey P. Long Ave.

Mr. Brooks’ son, Roy Leo Brooks Sr. reached his father in time to hold him as he took his last breaths.

A photographer from The Louisiana Weekly was in the area and took a photograph of Royal Brooks dying next to his son surrounded by a large group of people.

In large part because of The Louisiana Weekly, the photograph and the coverage it generated, people began to organize a Committee for Justice. The Louisiana Chapter of the Civil Rights Congress, a national legal organization based in New York, was born out of the Committee for Justice. Hundreds of people signed a petition demanding criminal prosecution for Bladsacker and his suspension from work.

This ultimately induced the city of Gretna to charge Patrolman Bladsacker for the murder of Royal Brooks.

Though the grand jury reduced the charge against Bladsacker from murder to manslaughter, they did indict him for manslaughter. He was ultimately acquitted at trial.