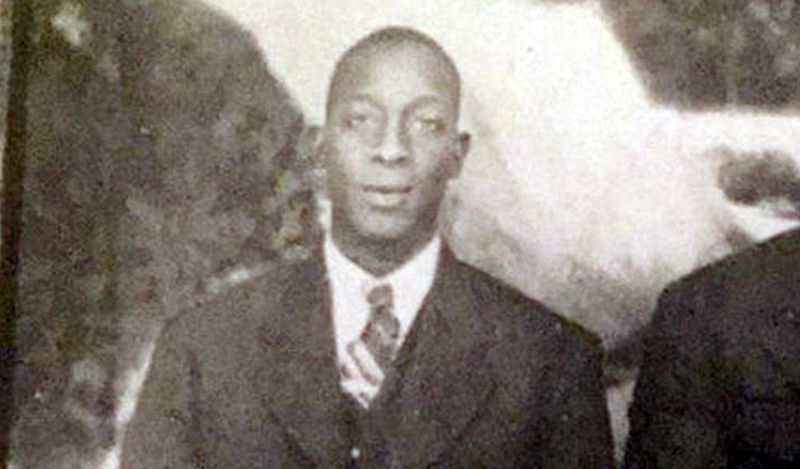 Honoring their lives and restoring justice

On March 10, 2018, CRRJ Director Margaret Burnham and Tara Dunn, Esq. (’17) joined the family of Henry “Peg” Gilbert and Mae Gilbert for an event reflecting on their lives and recalling the police murder of Mr. Gilbert in 1947.

The event was held in West Point, Georgia, near the former Gilbert home. Henry “Peg” Gilbert, a 42-year-old prosperous farmer, was found dead on May 23, 1947 in the Harris County jail. Arrested pursuant to police efforts to apprehend another man who had shot and killed a white man, Gilbert was held in jail for three days, after which his wife, Mae, was told to claim his body. His skull was shattered, his legs broken, and he had been shot five times. Mae Gilbert was arrested after she buried her husband and charged with harboring the wanted man.

Planned by the family in conjunction with ONE Harris and CRRJ Restorative Justice Project Director Kaylie Simon, the Commemoration Service brought together Harris and Troup County elected officials, including the sheriffs and other law enforcement officials and Harris County Superior Court Judge Ron Mullins, religious leaders, and community members.

NUSL students Tara Dunn and Ariel Go Eun Lee (’17) investigated the Gilbert case and shared their work with the family. Tara Dunn presided over the commemoration and Professor Burnham addressed the gathering.

Troup and Harris counties lie side by side on Georgia’s western border with Alabama in the lower Chattahoochie River Valley.  Quiet farmlands sprawled across the counties in 1947, when Gus Davidson, a black man, shot and killed Olin Sands, a white man, and unleashed a hellish series of events that ruined two black families and left long wounds across the landscape that have never healed. What happened in those years has haunted the descendants of the two men at the center of the story for generations. These events illuminate the quotidian racial violence of an era, economic relations within an African-American community, and the capricious arm of the law in the maintenance of racial subordination.  The story commences with the killing of Sands in 1947, and ends, in part, with the death of Gus Davidson in 1996 at the age 77.

Born in 1919, Gus Davidson grew up in Harris County, Georgia.  In May 1947, twenty-eight-year old Davidson, who had been living with relatives in Pittsburgh, PA came back to Georgia to visit his mother and father, who were sharecroppers in the county. On May 4, Davidson accidentally hit a calf while driving on a rural road in Troup County. The calf belonged to Olin Sands. Sands got out of bed and confronted Davidson on the road. According to Sands, Davidson pulled a gun on him. According to Davidson, Sands pulled a gun on him and he shot in self-defense.

Sands was shot near the Union Springs Baptist Church in West Point, where Henry Gilbert was a deacon. The Sunday evening service having just concluded, the congregation scattered, some running through the woods, when they saw or heard what happened.  Davidson got away. He later told someone that an undertaker helped him escape in a coffin. He made his way to Atlanta, and from there, ultimately to Camden, New Jersey where he remained until the FBI arrested him in 1951.

Law enforcement authorities from Troup and Harris counties, aided by a posse, searched high and low, and ultimately in vain for Davidson.  A day after Sands was shot, however, W.H. Buchanan, chief of the Harris County police, arrested two of Davidson’s brothers, and about two weeks later, he went back and arrested all the remaining family members: Davidson’s father, mother, another brother and his 13 and 15 year old sisters. The family remained in jail for weeks; they were beaten in an effort to force them to say where Davidson was hiding. In the unlikely event that they knew something, they weren’t revealing it.

To get information about Davidson’s whereabouts, Buchanan also arrested Henry “Peg” Gilbert, a 42-year-old prosperous farmer who worked about 100 acres of his own land in Troup County. Gilbert was married with four daughters. It was rumored that whites in the area were jealous of Gilbert’s success because he was self-made, independent, and a strong leader. He owned a smokehouse, had sizable fields, had built an elegant home on his property, and supported community self-sufficiency for African Americans.

It appears that Gilbert had never been arrested before he was seized in connection with the Davidson matter. The grounds given for his detention were that someone had seen Davidson looking for refuge on the Gilbert property. Indeed, one of the Gilbert daughters reported to CRRJ that she believes Davidson may have come by their home when he was at large, and that her father refused to shelter him.

A day or so after Gilbert was arrested, his brother-in-law came to see him at the Harris County jail. He was turned away, but not before Gilbert told him that he did not think he would be released alive.

On May 23, four days after his arrest, Henry Gilbert was found dead at the Harris County jail in the city of Hamilton. The Davidson family was being held in the jail along with Gilbert; it is likely that they were witnesses to the assaults on him.

When morticians examined the dead man, they found that bones all over Gilbert’s body had been crushed.  His skull was shattered, one of his legs was broken, and he suffered five gunshot wounds. Gilbert’s wife, Mae Henry, later told a journalist that when she kissed her husband in his casket, she thought she was “kissing a sackful of little pieces of bone.”

Hamilton Police Chief Buchanan told FBI investigators that he shot Gilbert in self-defense.  He claimed Gilbert came after him at the jail. Shortly after she buried her husband, Mae Henry Gilbert was arrested and charged with harboring Davidson.  The complaint against her was dismissed after a vigorous defense by a young white attorney named Daniel Duke, reputedly one of the few whites in the region who would stand up to the “Black Raiders,” the Ku Klux Klan group that was then dominant in Georgia and Alabama.

No charges were ever brought against Chief Buchanan in connection with the homicide of Henry Gilbert, nor against any of the deputy sheriffs for the assaults on the Davidsons. The Gilbert family farm went on the auction block and was sold to a relative of Olin Sand’s family for significantly less than its true value. The four Gilbert girls were split up and raised by relatives. Henry Gilbert’s wife eventually moved to Detroit with one of her four girls.

As for Gus Davidson, he fled Georgia right after Sands was shot and killed. After some time in Youngstown, Ohio, he eventually he got a job in Camden, New Jersey, married and had two children.  When the FBI found him, he was working as a cement finisher and plasterer and using an alias. The Bureau claimed it was conducting a routine checkup on Davidson’s employer’s worksite when his true identity was discovered. Charles Frank Murray, a civil rights attorney practicing in Camden, vigorously defended Davidson but ultimately he was rendered back to Georgia.

In August 1951 Davidson was placed on trial in Troup County for the first-degree murder of Olin Sands. He testified that he killed Sands in self-defense. He was convicted by an all-white jury and sentenced to die in Georgia’s electric chair.

Davidson’s death sentence was commuted to life imprisonment in June 1952. He spent nine years in prison, and was paroled on September 13, 1961. He lived in Georgia until he died in 1966.

Photo 5: officials from Harris County among the attendees