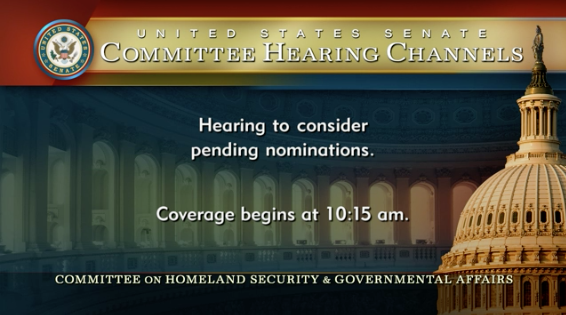 Professor Burnham was nominated by President Joe Biden to serve on the board, established by the Civil Rights Cold Case Records Collection Act of 2018, to review government files of unsolved murder cases during the civil rights era and set a schedule for their release.

“I want to congratulate you on what is truly a historic nomination,” said Sen. Gary Peters (D-MI), the Chairman, in addressing the nominees at the hearing. “You are the first nominees to be chosen to serve in these vital roles, and if confirmed, you will have a solemn responsibility to begin this very important work.”

Sen. Rob Portman (R-OH), ranking member of the Senate Homeland Security and Governmental Affairs Committee, questioned the nominees over their impartiality and objectivity in the review process and how they would balance public disclosure as against protecting the privacy of those named in these cold case records.

The Civil Rights Cold Case Records Collection Act of 2018 was drafted by a group of Hightstown high school students in New Jersey. It was introduced on the Senate floor by former Alabama Senator Doug Jones and Texas Senator Ted Cruz, and signed into law by President Donald Trump in 2019. The Act stipulates that a review board, composed of five members appointed by the President, will “ensure and facilitate the review … and public disclosure of civil rights cold case records” from 1930 to 1979.

A video of the committee hearing is available here.