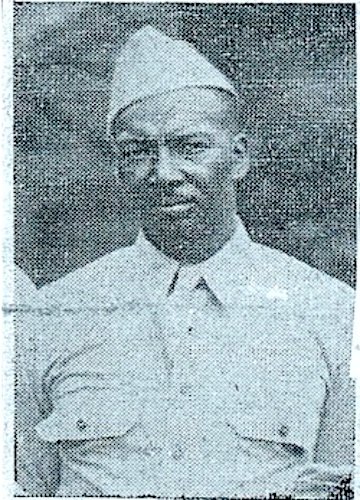 On July 8, 1944 Pvt. Booker T. Spicely boarded a west bound Duke Power Company bus at the corner of Fayetteville and Pettigrew Street in Durham, North Carolina. An altercation ensued when white bus driver Herman Lee Council reached the white section of town and demanded that Spicely move to the back of the bus. Spicely argued with Council, but eventually moved to the back and apologized for any harm he may have caused. When Spicely got off of the bus Council shot him with a 38-calliber pistol. Spicely was shot in the chest and abdomen. Council returned to the bus and continued his route leaving Spicely’s wounded body on the ground. The Military authorities received news of the shooting and arrived along with civilian authorities approximately ten minutes later. They took Pvt. Spicely to Duke University Hospital where he died. Council was charged with murder and stood trial. On September 15, 1944, after 28 minutes of deliberation the jury returned a not guilty verdict.

The War at Home | American Experience

In 2014, CRRJ law student Shaneka Davis investigated the long-forgotten case of Booker Spicely, a soldier killed by a bus driver in Durham, North Carolina in 1944 because he protested Jim Crow seating. …