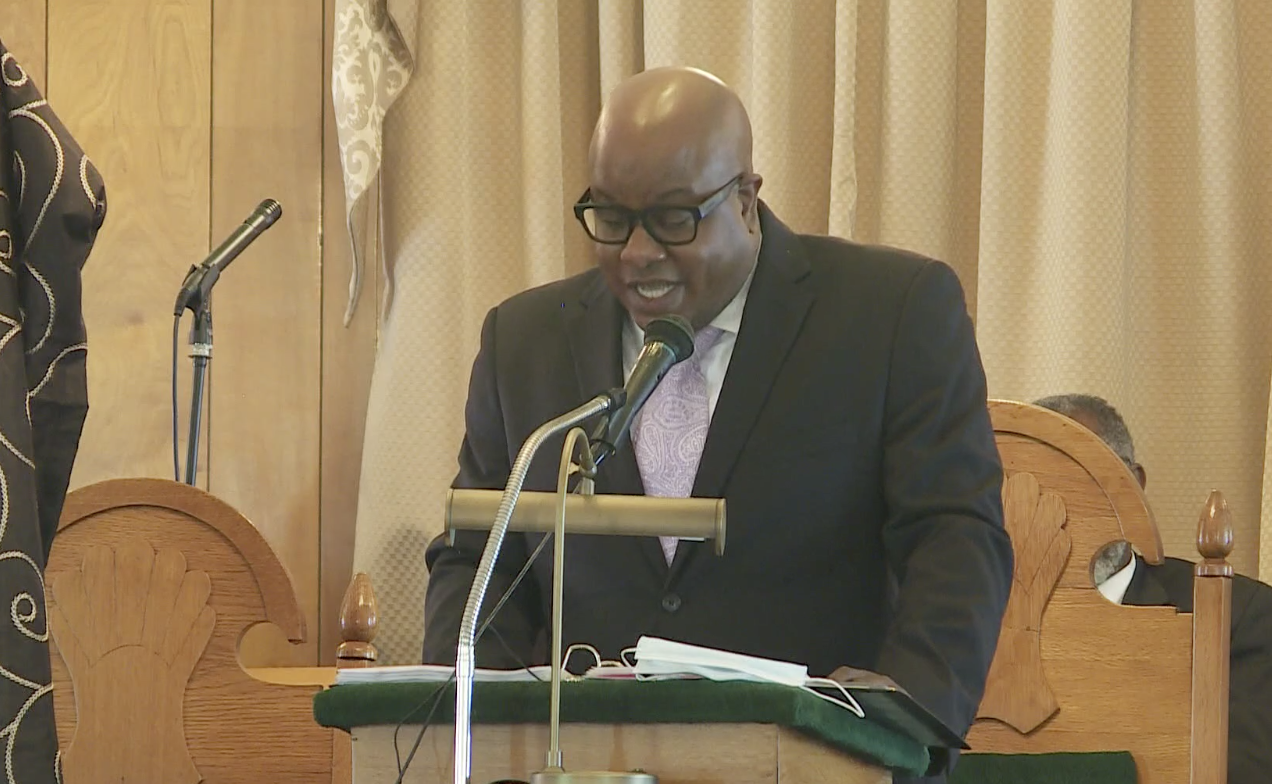 On April 27, 1943, Edwin Clifford Williams, Sr. was killed when he dared to defend his family from an assault perpetrated by three white U.S. Navy Sailors in Algiers, Louisiana. Despite the brave efforts of his wife, Lillian Alveris Williams, the family never received justice.  Erin McCrady (NUSL ’21) investigated the case as a student in the Civil Rights and Restorative Justice clinic in 2020-2021.

On Sunday, June 19, 2022, the family of Mr. Williams, in partnership with the Civil Rights and Restorative Justice Project and the Louis A. Berry Institute for Civil Rights at Southern University School of Law, hosted an event at Beautiful Zion Baptist Church in Algiers to commemorate his life and legacy. The program included remarks by Mr. Williams’ children and grandchildren, and the unveiling of a historical marker that will be installed where Mr. Williams was killed.