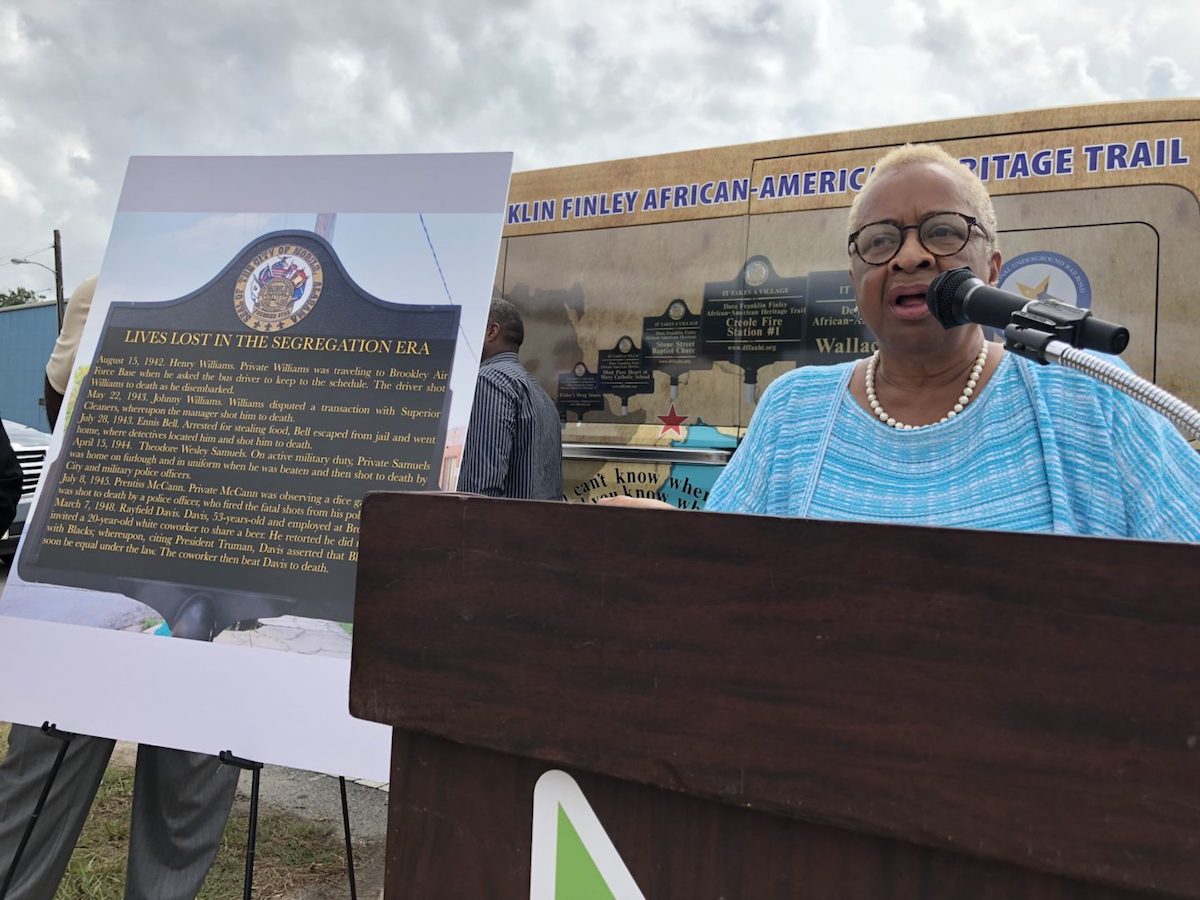 Tchernavia Moffett was one of more than 100 people, including family of the victims, gathered in the thick heat of Saturday morning to honor six black men who had been murdered in Mobile in the 1940s by white men who had not been prosecuted for their crimes. The cold cases had been uncovered, investigated, and brought to light by CRRJ.