Was Ahmaud Arbery lynched and why does it matter? 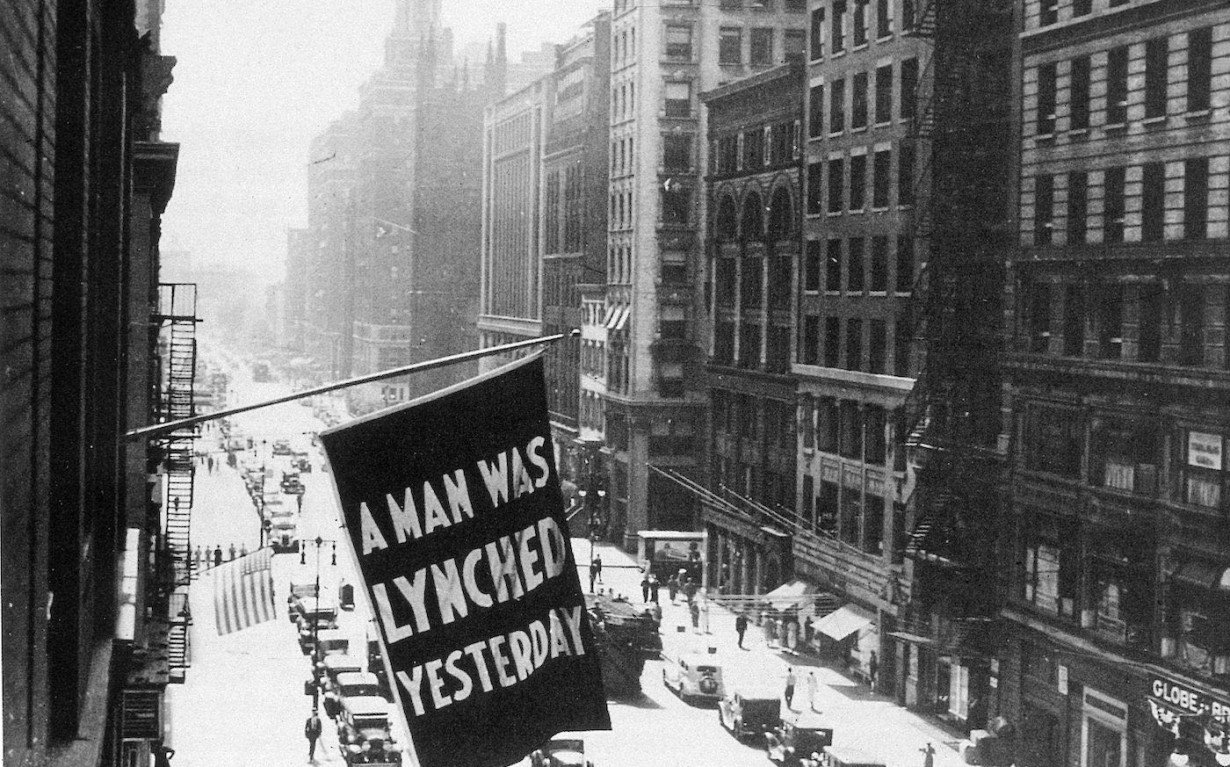 The term lynching is not a metaphor.  It doesn’t apply to every heinous racist assault against black people.  But it’s also true that the term has long defied easy definition.  By any account, however, the slaying of Ahmaud Arbery on February 23 by Gregory and Travis McMichael constituted a lynching, in law, and in experience.  Invisibilizing lynching in this particular case – which is what happens when the media avoid the term, as most outlets have – renders it difficult to appreciate that the practice is ongoing and different from but closely tied to the spectacular lynchings of yesterday.

In December 1940, the NAACP, the Tuskegee Institute and other advocacy groups met to formulate a definition of the crime of lynching.  Their meeting culminated years of debate.  Consensus around the term was important for those pressing Congress to outlaw lynching as well as for those counting the crimes, like the Tuskegee sociologist Monroe Work.  The advocates left the meeting agreeing that a murder could be classified as a lynching when a person is killed at the hands of a group that is acting “under pretext of service to justice, race, or tradition.”  Advocates insisted on a broad definition that did not exclude police killings or eliminate killings by quasi-legal deputized “posses.”

In February of this year, Congress passed the Emmett Till AntiLynching Act, which is now before the Senate.  The legislation is largely a symbolic gesture – it does not add measurably to the federal prosecutor’s toolbox –  meant to correct the Senate’s refusal to empower the Justice Department to address the crime at its zenith.  But the recent bill would authorize a federal prosecution of the McMichaels as lynchers, for it criminalizes conspiracies to commit hate crimes punishable by federal law.

Whether one looks to the mid-twentieth century definitions or the pending bill, the McMichaels’ crime,  as we understand it to date, meets the legal definition of lynching.

The aftermath of this case also qualifies it as a lynching.  Immunity from punishment, and police complicity, are traditional markers of a lynching.  Here, as with the vast majority of the over 4,700 lynchings referenced in the House Emmett Till Bill (occurring from 1882 to 1968), the killlers acted with confidence that they would not be arrested or prosecuted.  And it’s pretty safe to say that but for the video, which gave the lie to Glynn County prosecutor George Barnhill’s claim that the McMichaels had “solid firsthand probable cause” to hunt Arbery down as a burglary suspect, they would be free today.  What was “solid” was the killers’ relationship with the Glynn County law enforcement community, leaving them free to enact what they deemed to be the law without fear of consequences.  Lynchers could murder without worrying that they would be punished because police were so often part of the killing party or otherwise complicit in the crime or the coverup.

Nor could communities victimized by lynching expect support from federal authorities, and this historical pattern, too, is reprised in the current case.  President Trump refuses to recognize the killing as a crime of racial terror, calling on the public to trust the “very good law enforcement” in the State of Georgia and sounding very much like an old southern Dixiecrat senator.  While it may be that the Georgia Bureau of Investigation will, finally, engage its state courts in the Arbery case, that does not relieve federal authorities.  A federal prosecution would mark a departure from the hands-off position of the Justice Department during the lynching era.  Although federal criminal laws would support one it’s hard to imagine the Barr Justice Department initiating a case – just like the old days.

And too, the McMichaels’ motives bespoke a lynching because they saw themselves as enforcing the residential apartheid that kept most blacks confined to the city of Brunswick while whites lived in the surrounding green suburbs.  Although articulated in “stand your ground” terms, the message echoed the old “Niggers Let This Be An Example. . . Mean it” sign that hung at the feet of the suspended body of sixteen-year-old Freddy Moore, strung up in front of the Parish church in Labadieville, Louisiana in 1933.

Here’s why it’s important to render accessible the relationship between the killing of Arbery and the history, law, culture, and ongoing vitality of lynching.  The early anti-lynching campaigners, prominently Ida B. Wells and Monroe Work, struggled against the tendency of the media and government officials to undercount cases.   Some organizations, prominently the Association of Southern Women for the Prevention of Lynching, were anxious to declare victory over the scourge; their measure of success was “a year without a lynching.”  In contrast, in 1940 the NAACP released a report, Lynching Goes Underground: A Report on a New Technique, that set out to prove that lynching was not diminishing.  It honors the work of Wells, Work and others to recognize that although the methods differ, in essential respects lynching today does what lynching did back then.  No undercounts.

And finally, while people of color get murdered for just being in the skin they were born with all over the country, we do need to acknowledge the endurance of lynching as a particular kind of racist terror in communities with deep histories of slavery – like Glynn County, where a monument to the Confederacy still adorns a city square. A New York Times article references the late nineteenth century lynching in Glynn County of Henry Jackson and Wesley Lewis in 1891 and Robert Evarts in 1894.  But that wasn’t the extent of it.  Glynn County law enforcement officers participated in the lynching of George Grant and William Bryan in 1930. In 1949, Willie Johnson, a fifty-five year old black man, coming home from church, was shot to death by police officers who suspected him of peeping into a white man’s home.  In 1951, Brunswick police officers unloaded their guns on James E. Holmes Jr., a black man whose crime was gambling. They fired on him until he jumped into the Brunswick River, where he drowned.  Perhaps most spectacular was the cold-blooded massacre of eight prisoners in Anguilla in Glynn County in 1947, a crime for which no public official was ever punished.

Glynn County has a history of lynching that is potent, unaddressed, and ongoing.

Ahmaud Arbery was lynched.  Our gut tells us that, but so does the law.  Let’s call it what it was.