The law discourages one of the most powerful human acts: apologizing 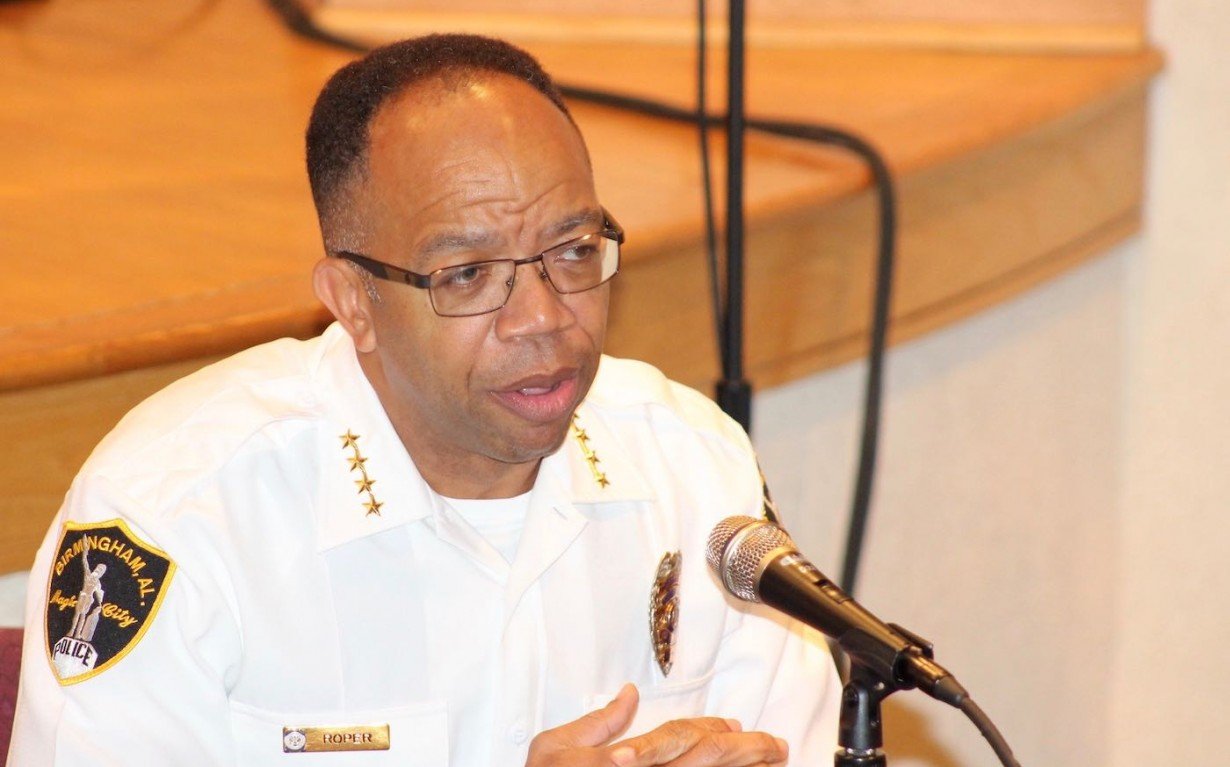 I’ve been thinking a great deal about the need for sincere apologies for historic racial violence and apologies by perpetrators of sexual assault and harassment. In both contexts, the litigious culture of the United States interferes with apologies. Yet, those who experience injustice often yearn for an apology. Perhaps some of the individuals who cause harm want to apologize without fear of legal ramifications.

An apology is a statement given by one who has injured another that includes recognition of the error that has occurred, admits fault and takes responsibility, and communicates a sincere sense of regret or remorse for having caused harm.[1]  At their most complete, apologies may also include promises to refrain from engaging in similar conduct in the future and compensation for the harm that has been done.[2] The messages contained in an apology can have powerful effects for both the person offering it and the recipient. In particular, apologies influence the ways in which people make judgments of responsibility—decreasing the blame that is attributed to another and decreasing the likelihood that the cause of the injury is viewed as something that is internal to and controllable by the other person.[3] Similarly, apologies influence estimates of the likelihood that the injury-producing scenario will recur; the apology is interpreted as a signal that steps will be taken to avoid similar consequences in the future. Apologies also have positive effects on expectations and intentions for a future[4] relationship between the parties,[5] play a role in restoring trust,[6] reduce negative emotional reactions such as anger,[7] induce favorable physiological responses in both parties,[8] and reduce antagonistic responses.”[9]

This is something we can learn from in the legal field. But how?

I didn’t learn this in law school. To the contrary, facilitating apologies was discouraged by the legal principles I learned. Traditional civil suits may result in financial remedies or injunctions. Criminal prosecution may result in loss of liberty.  The facilitation of an apology is not traditional practice for lawyers in either arena.

Many legal principles and practices create a culture not conducive to apologizing. For example, one of the strongest rights each of us holds is the right to remain silent when we are detained and questioned by law enforcement officers. It is a right that I cherish and know is fundamental to achieving fairness in our criminal system.

As a public defender one of the first things I tell every client, regardless of their relationship to the alleged crime, is “don’t talk.” Defense lawyers advise our clients not to talk to your family or friends, they could be witnesses; don’t talk to your cellmate, he or she could twist your words or share what you say with a police officer to try to get a better deal for himself or herself; and don’t talk to the police who are tasked with helping the district attorney prosecute you. Don’t even say, I didn’t do it. Words can get altered to suggest you knew something happened. Even exculpatory statements can hurt you.

In the criminal context, an apology from a defendant is an admission of guilt. The expression of remorse will not save you from a criminal conviction and to the contrary will be used to help the prosecution secure a conviction. While in some cases the showing of remorse may be a factor that leads to a more lenient offer or a lighter prison sentence, that is surely not a guarantee.

In the civil context, an apology can similarly lead to legal responsibility, so often you don’t hear the words uttered. People are concerned about getting sued and do everything in their power to avoid expressing empathy and recognition for wrongdoing.

Developments in the medical profession suggest there may be a trend supporting apologizing to patients who have been injured by mistakes. My dad, who works as an emergency room doctor, tells me that there has been a palpable transformation in the field; now doctors are apologizing directly to patients for mistakes. Some medical schools include error disclosure and apologies as part of the curriculum.[10]

In Disclosing Medical Errors the Right Way, by Jessica Berthold,[11] Dr. Levinson, a professor in the department of medicine at the University of Toronto Institute of Health Policy explained that patients want an explicit statement that an error happened, why it happened, the implications for their health, and how recurrences will be prevented in the future. Dr. Levinson said, “And they want an apology. Not a statement of regret like, ‘I’m sorry this happened to you,’ but a statement such as ‘I’m sorry I caused you harm.’” Dr. Thomas Gallagher, professor of medicine and bioethics and humanities at University of Washington School of Medicine in Seattle noted that the actions after an apology are equally as significant as the apology itself.[12]

Allen Kachalia, MD, JD, associate professor of medicine at Harvard Medical School and associate chief quality officer at Brigham and Women’s Hospital in Boston explained some states have developed so called “I’m Sorry” laws that protect statements of apology or regret made at the time of an incident in an event the situation goes to court.[13] Perhaps these “I’m sorry” laws would be useful in other arenas.

Suzette Wright was recently interviewed on the New York Times daily podcast about her experience of sexual harassment while working at Ford Motor Company.[14] Wright tells the New York Times that she eventually joined a class action lawsuit against Ford. She relays a conversation that she had with her lawyer. The lawyer asked, “First things first, what do you want as a result of this lawsuit? I said, I want an apology. He said to me that will never happen so just give me a number. What do you want?”

According the episode, at an event she asked a leader of Ford to apologize. She received a couched apology, similar to the one Dr. Levinson described – something like “I am sorry you if you felt bad.” Nonetheless this felt significant to Ms. Wright who said, “The sooner someone apologizes and accepts the responsibility, the sooner the healing can begin for the people who were offended. And by them not taking their responsibility it leaves the women still very much wounded.” She said, “Growth and change happens when the responsibility is taken. So, if you are not going to do that, then the growth and change is not going to happen.”

There are already great models for apologies in the legal arena. A powerful example from LaGrange Police Chief Louis M. Dekmar for the lynching of Austin Callaway, 16 years old.  The Civil Rights and Restorative Justice Project investigated the September 8, 1940 murder of Austin Callaway.[15] Callaway was shot and killed by a lynch-mob in LaGrange, Georgia after he was accused of assaulting a white woman. Callaway, having recently been arrested, was taken from jail, shot and killed. State and local law enforcement failed to investigate the case. Seventy-seven years later, LaGrange Police Chief Louis M. Dekmar issued an apology in an African American church, with Callaway’s family present. He said, “I sincerely regret and denounce the role our police department played in Austin’s lynching, both through our action and our inaction…. And for that, I’m profoundly sorry. It should never have happened.”[16]

Austin Callaway’s family spoke at a Civil Rights and Restorative Justice project conference in Tuskegee, Alabama. They shared what the apology from Chief Dekmar meant to them. They were deeply moved to finally receive recognition for the lynching of their family member. It is possible that Chief Dekmar’s apology will inspire other police chiefs to recognize the historic harm by their departments.

In October 22, 1955, John Earl Reese, 16 years old, was killed in East Texas by two teenage boys, Joe Simpson and Perry Dean Ross, who shot into an African American café. The shooting was motivated by outrage that a bond measure passed to fund upgrades for a local African American school. Reese’s two cousins, Joyce and Johnnie Nelson were shot the same day, but survived. Ross stood trial which resulted in a conviction. He was given a five-year suspended sentence and didn’t serve time in jail. Simpson didn’t face legal charges. Fifty years after the shooting the Civil Rights and Restorative Justice project facilitated a meeting between Joyce Nelson-Crockett, Mayor Buzz Fullen and County Commissioner Mike Pepper. The officials listened to Ms. Nelson-Crockett share her experience. They told her that they were sorry this happened and they would help memorialize his life. I was in the room. Her entire demeanor changed. She told me that she could breathe easier after hearing those words. The local officials paid for and facilitated the naming of a street John Earl Reese Road. Like Dr. Thomas Gallagher said, the actions after an apology are as significant as the apology itself.

There are powerful international examples of governmental apologies. Recently, in the House of Commons in Ottawa, Prime Minister Justin Trudeau apologized to the victims of the “gay-purge,” a government program that removed gay and lesbian people from institutions like the military. He said, “It is my hope that in talking about these injustices, vowing to never repeat them, and acting to write these wrongs, we can begin to heal.”

Prime Minister Trudeau did more than apologize. Canada will award 85 million dollars to compensate victims of the program and introduced legislation to expunge conviction of people charged under laws that criminalized homosexuality. Additional money has been allocated for educational programs and memorials in honor of victims who have died. This is an incredible model of national government action that not only recognizes systemic wrongdoing, but takes steps towards redress.

The statements and actions by Chief Dekmar in Georgie, Mayor Fullen and Commissioner Pepper in Texas, and Prime Minister Trudeau in Canada are examples of progress in how we respond to historical injustices. We need to follow the lead of the medical profession and Canadian government and find ways to give more space for apologies in the United States. As Joyce Nelson-Crockett knew before her passing, and Suzanna Wright and the family of Austin Callaway know, apologies are often the most craved and impactful response to grave harms.

[2]  Scher SJ, Darley JM. How effective are the things people say to apologize? Effects of the realization of the apology speech act. J Psycholinguistic Res. 1997; 26:127–140.

[15] The cases of Austin Callaway and John Earl Reese are from the CRRJ-Nobles Archive.

If it Wasn’t for the Rain