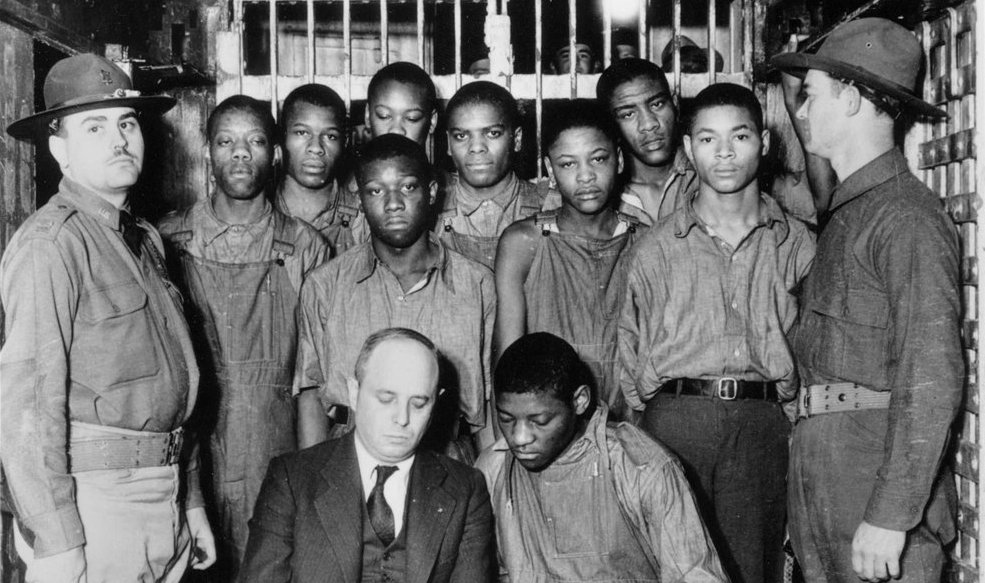 CRRJ: What do you seek to accomplish with your museum?

SW: I hope that people will continue to learn how museums have been used to remember the past, and go into the future with a different outlook on life. When we see the past, hopefully we won’t repeat things that have happened. The part of the story I see is important to tell is that justice was not served even though the truth was there, six years later it was evident that the boys were innocent, but they refused to let them out of jail.

My biggest issue with the Scottsboro Boys case is it’s not recognized enough. For me, it was the first civil rights movement. People see Rosa Parks as the start of the civil rights movement, but the Scottsboro case received international attention. The International Labor Defense launched the first fundraiser, in the form of a stamp purchase campaign, in order to fund the boys’ defense team. The International Labor Defense wanted to make a declaration to the United States that “we [the communists] treat our blacks better than you treat yours.” The Scottsboro Boys’ mothers were allowed to travel with them on their campaigns. In the early 1930s, when the United States was suffering from the Great Depression, the ILD fought for the poor, and saw the Scottsboro Boys case as the perfect opportunity to make a statement. Ada Wright travelled to Switzerland at a time women had limited rights, and she was allowed to lead a parade there. The ILD snuck her into Moscow and allowed her to address the public there. This case was a first in terms of civil rights, including womens’ rights, and workers’ rights. It was the first time blacks and whites united for a cause.

CRRJ: Has inspiration been drawn from other global memorialization efforts?

SW: I just wanted to ensure that the case was told to people. A local church came up for sale, and I realized the history of the church. It turned out that the deacon and pastor of the church had been the only two people who were permitted to visit the boys when they were being held in prison.

CRRJ: What sort of reaction did the museum generate within the wider community?

SW: At the time I did have support, but not from Scottsboro, from all around the world. We have had about 10,000 people from 13 foreign countries visit the museum. We keep a record of everybody that comes through. Some of the powers that be in Scottsboro said they did not want Scottsboro to be known for the case. There were a lot of closed door meetings, sometimes with me by myself, sometimes with my aunt, and we had to respond to requests not to open the church. When I moved to buy the church, there were people putting in bids far higher than the offering price in order to stop me opening the museum. There wasn’t really support from the African American population, which is small here. Some of the older black people were telling me not to do it, that it was just going to stir up trouble, and to leave it alone. People who ask for directions refer to it as the “colored museum,” or “the black museum.”

CRRJ: To what extent, if any, did local authorities and politicians cooperate with your undertaking?

SW: The city and the county have never given us any money. All our assistance has come from outside. We went before the city twice, and a representative told us said they wouldn’t fund us. One of the city council members was the former police chief, who informed us that for as long as he was sitting on the council, the museum would not receive any money. Some legislators initially offered to fund the museum, but when locals found out that taxpayers were going to end up funding the museum, they withdrew. We have tax-exempt status, and the city gives money to other tax-exempt organisations, including two museums, but we have never received any money. It was humiliating to go through all of it just to be turned down.

A Jewish family offered to support the museum if Samuel Leibowitz, the lawyer who represented the boys, would be recognized. We accepted some support from that family. I want to highlight the contribution of the Jewish community to our efforts. Catherine Schreiber, a stage writer in New York who wrote a Scottsboro Boys musical, donated the first $10,000 after we opened.

CRRJ: What further work is to be done in order to properly recognize the Scottsboro Boys’ case?

SW: I think there should be markers and signage letting people know about the case. I asked for highway signs to be put up. The local authorities refused to put up directions to the museum. We have found four of the boys’ graves so far, but there are no markers. This is the next project I would like to work on.

Your tax-deductible financial contributions will help promote and foster a positive vision through historical, civic and educational endeavors. The Scottsboro Boys Museum and Cultural Center is a subsidiary of the Scottsboro Multicultural Foundation. The Museum is registered as a non-profit, tax-exempt organization under Section 501c3 of the U.S. Internal Revenue Code. To send a donation, see their website here.

Beyond Busing, Reality of the Segregated ...